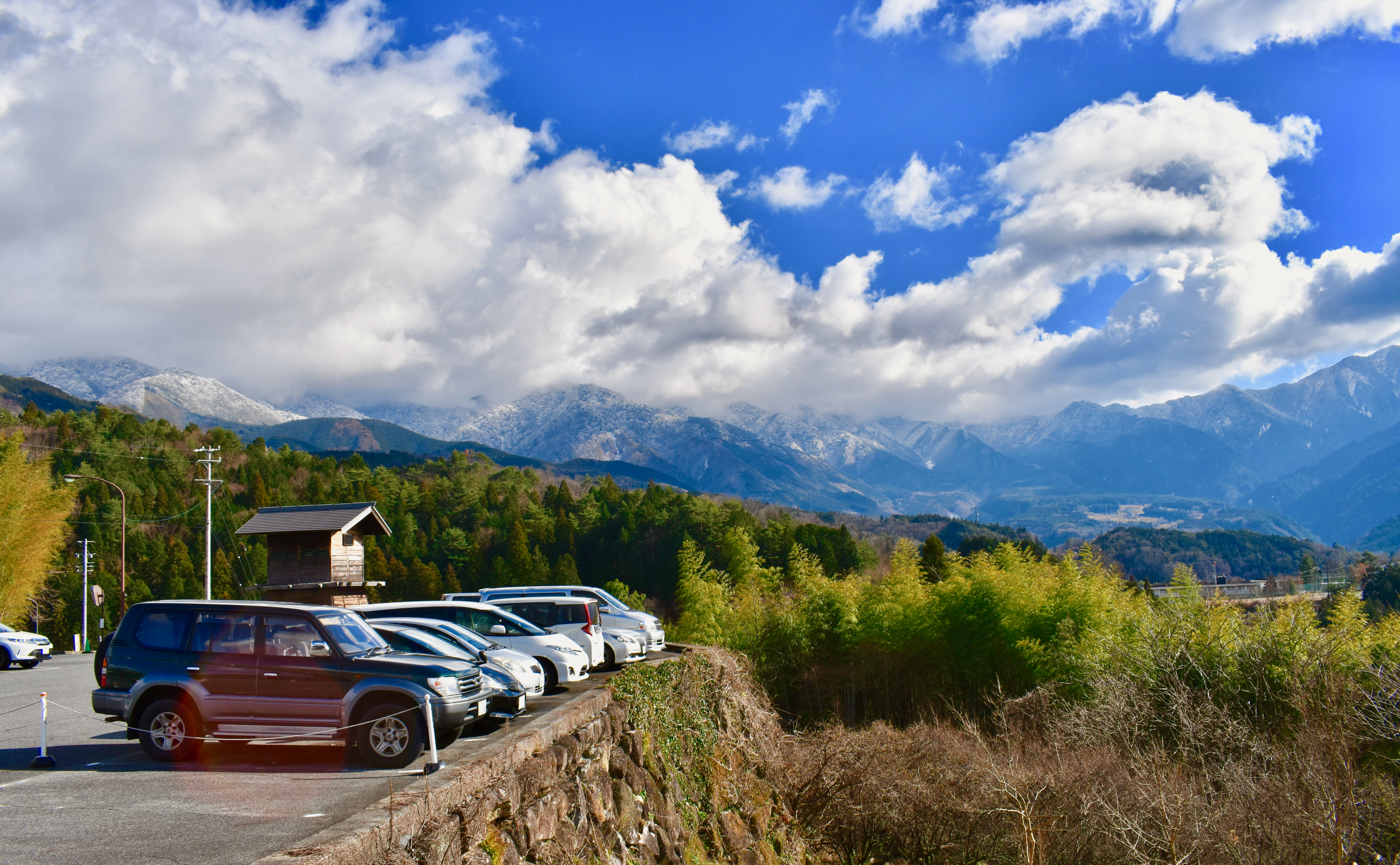 What goes into your mind when you hear Nagano?

Maybe you've heard from your Japanese friends about Nozawa veggies, oyaki, or gohei mochi...or think it's way out in the boondocks...or you've heard of Karuizawa but that's it...or perhaps you thought Nagano was a type of vegetable?

Well, you got most of the associations right. It's way out in the boondocks and you'd certainly need a car to access it. But the very provincial landscapes of rice fields stretching over the horizon and mountains extending heavenward will gently pull your senses into a dreamy time-warp awash in both sentimental and nostalgic feels. Nagano is your forgotten hometown from another time awaiting your long return.

Come to Minami-Shinshu and visit the top 10 must-see driving spots that are easily accessible from the city.

This is a traditional shrine whose construction date is unknown. It houses two Gods known as Takeminakata no Kami and Yasakatome no Kami and 25,000 companies in Japan are associated with the shrine. It has been long known and revered as a war shrine, and where Sakanoue no Tamuramaro prayed for victory during the conquering of Ezo district. There are four halls which are separated by Lake Suwa, with the upper area of Honmiya and Maemiya on one side, and Akimiya and Harumiya on the other.

This is the 34th town inn which is located on the Nakasendo road, which links Tokyo (Edo at the time) and Kyoto, built during the Sengoku era(1467-1600). Situated just past the Torii gate in a perilous spot, the inn town became known as the "Narai of 1000 hotels" by many travelers. During the Edo period(1603-1868), the woodwork industry became prolific in the area with wooden crafts and lacquering, and is popular as a souvenir spot today.

Standing at almost 3,000 meters high, Mt. Kiso-Komagatake holds the record of the tallest mountain in the Central Japan Alps. Climb 2,650 meters up or take the ropeway to reach the most popular Senjojiki Cirque for a panoramic view of the Japanese Alps, then take a break at the campground or inside a hut near the summit.

The "rampaging" Tenryu River flows resolutely toward south of Iida City through the valley and into the Pacific Ocean, creating this amazingly picturesque small canyon (also called "gorge"). Adorned with resplendent greenery and dramatic autumn leaves in fall, Tenryukyo Gorge holds the crowning glory of all tourist destinations. Hot springs and river boat tours are also nearby.

Find this green outdoor forest recreational park in Matsukawa City, surrounded by lush nature in the Southern Japanese Alps. Get ready for some non-stop forest adventure before spending the glorious evening over barbecue with friends, in a hot spring, or at a comfy inn.

A beautiful quaint village in the southern part of Nagano prefecture that's flanked by the magnificent Southern Japanese Alps. Take in the view at Yuudachigami Panorama Park as you breathe in negative air ions from Bungui Mountain Pass for positive vibes. Then dip at Kashio Hot Spring and relax in its famous salt baths.

This is a village situated in the southern part of Nagano prefecture. With its ideal altitude, clear area and surrounding mountains and stunning starscapes and cloud scapes below, the area has been recognized by the Japanese ministry of environment as the best star viewing area in Japan. Peach flowers also bloom in this area from mid April to the beginning of May.

This is an Onsen in Achi Village, and was discovered in 1973 when a tunnel was being built in this area. Near the Achi River, there is an onsen that is beautifully integrated into the natural landscape. It is also possible to view amazing starscapes on a clear night. Between mid April and early May, the peach blossoms also come into bloom. Come to Japan's No. 1 and ever most popular ski resort turned galaxy constellation park from April to October.

This is the 42nd town inn which is located on the Nakasendo road, which links Tokyo (Edo at the time) and Kyoto, built during the Sengoku era(1467-1600). It has appeared in Ukiyo-e art and Utagawa Hiroshige, and is one of Japan's few traditional villages whose buildings are preserved today. Along with Magome-Juku it is one of the flagship tourist destinations of Kiso road.

This is the 43rd town inn which is located on the Nakasendo road, which links Tokyo (Edo at the time) and Kyoto, built during the Sengoku era(1467-1600). It has the traditional cobbled stone paths that were present originally, and is one of Japan's few traditional villages whose buildings are preserved today. Along with Tsumagoi-Juku it is one of the flagship tourist destinations of Kiso road.

Visit the TOP 10 driving spots in Minami-Shinshu now! There are absolutely countless of other hidden gems that are waiting for you to be discovered in Nagano, so don't forget your Indy Jones hat and get ready to do your own exploring! 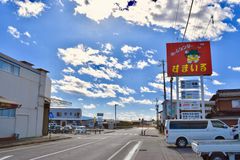 Travel
The most beautiful village in Japan! Chronicles of my trip to northern Nagano's Ogawa Village
2019.5.15
Toshio Iwamoto

Travel
The most beautiful village in Japan! Chronicles of my trip to northern Nagano's Ogawa Village
2019.5.15
Toshio Iwamoto